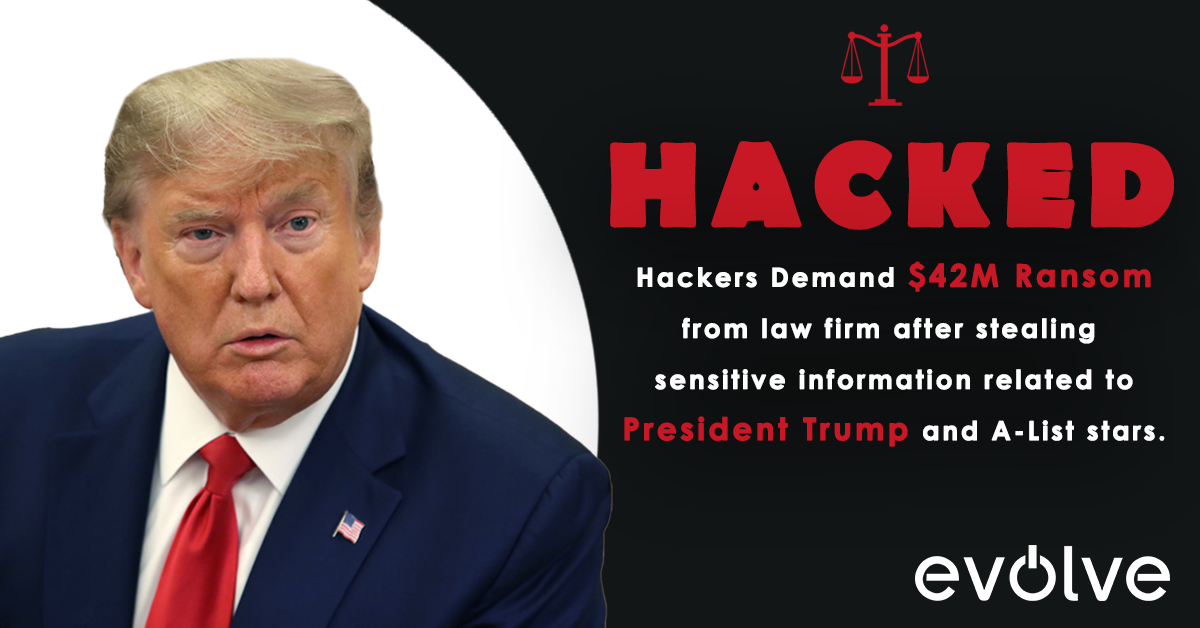 On May 15, the hacking group known as REvil or Sodinokibi announced on the dark web that they have gained access to sensitive information related to several high-profile figures, including President Donald Trump. The hackers attained this information by infiltrating the servers of Grubman, Shire, Meiselas and Sacks law firm. After the firm’s refusal to negotiate with the group, the requested ransom increased from the initial $21 million to $42 million. As of now, details of the stolen information remain unclear, other than that it includes a plethora of email chains involving President Trump. REvil recently leaked 169 emails related to the President as proof of their acquisition. The emails appeared to be harmless, however they intend to release what they claim to be much more detrimental material closer to the 2020 election if the ransom is not paid within the next week.

If Grubman, Shire, Meiselas and Sacks had an Evolve cyber insurance policy, the costs associated with this incident would be covered in many ways, including the following: